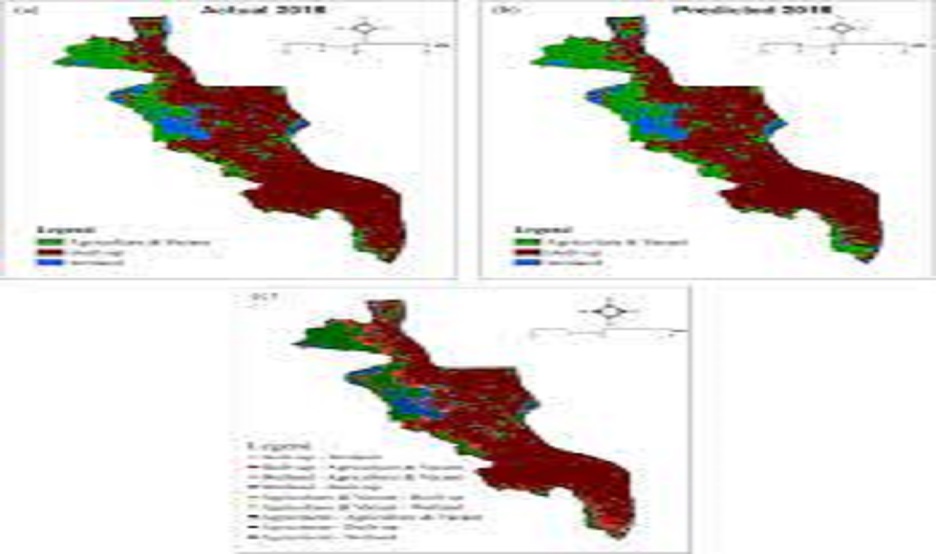 Land use and land cover (LULC) changes have significant consequences on habitat and the environment. Past studies developed several LULC change models to identify the factors behind the changes and to simulate future LULC scenarios. However, the accuracy of these models remained contentious and a matter of ongoing debate and research. Most of these studies used a training dataset to train the model and a validation dataset to validate the prediction accuracy, both of which are a part of the original training dataset. However, to evaluate the model's actual predictive capability in terms of spatial data modeling, it is necessary to test the model's performance on the real-world dataset. In this study, we presented an XGBoost model aiming at improving the prediction accuracy while used a separate test dataset to test the model's actual predictive capacity. We applied the method to predict the land cover change of the Khulna City Corporation (KCC) area in Bangladesh. The study reveals that the KCC area experienced rapid urban development during the 2002–2018 period while the agricultural and vacant land declined at a similar rate. The major factors contributing to this substantial change of the city's land covers are-proximity to existing built-up areas and proximity to major roads. Our study indicates that agricultural areas and wetlands closer to the major roads and existing urban areas have a greater probability of converting into built-up areas. Our experiment demonstrates that the XGBoost model can predict the city's land cover change with greater accuracy and outperforms the benchmark models such as the LR-CA and ANN-CA. The finding assures the reliability of the XGBoost model while predicting future land-cover scenarios.