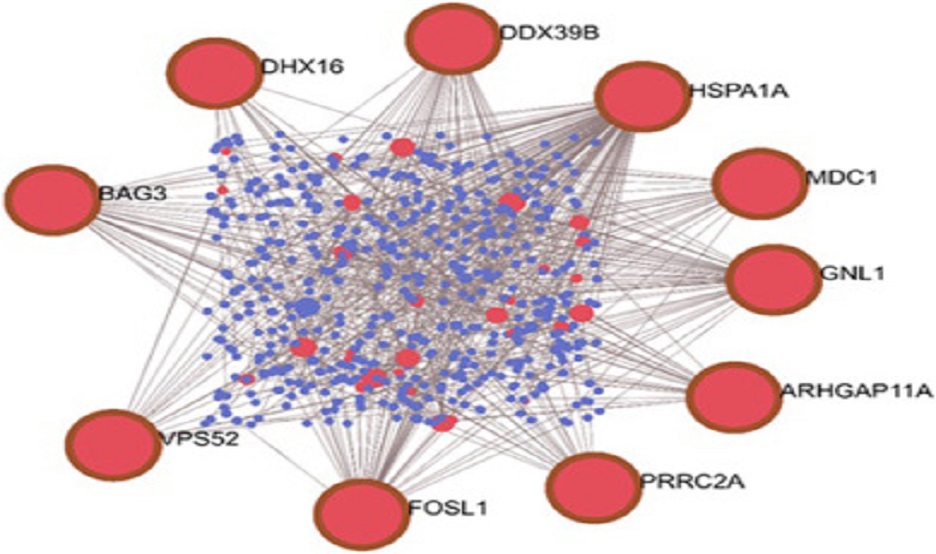 Bipolar disorder (BD), also referred to as manic depression, is a mental illness marked by significant mood fluctuations as well as changes in sleep, energy, thinking, and behavior. About 1% of the world's population is affected by BD. In the United States, roughly 3% of people are thought to be impacted at some point in their lives; female and male percentages appear to be similar. The most prevalent age for the onset of symptoms is 20 years old; early-onset is connected with a worse prognosis. The primary molecular markers for identification and therapeutic target screening have now become a worldwide concern. We looked at gene expression data from brain tissue (RNA-seq) in this work. Transcriptomic analysis of GSE53239 and GSE81396 was implemented to figure out the DEGs. Gene ontology and Kyoto Encyclopedia of Genes and Genomes analyses were used to perform functional annotation and pathway enrichment analysis of DEGs, respectively. In addition, a protein-protein interaction network was built to find hub proteins (HSPA1A, GNL1, FOSL1, DDX39B, BAG3, ARHGAP11A, MDC1, PRRC2A, VPS52, and DHX16). Subsequently, TFs-DEGs interaction, miRNAs-DEGs interaction, and correlated diseases were also identified. In the brain tissues of BD patients, we discovered possible new linkages between pathogenic processes. Beryllium sulfate exhibited the most negative correlation and ability to reverse BD. As a result, this research provides molecular biomarkers at the RNA and protein levels that may aid in the better understanding of molecular processes, as well as potential pharmacological targets and therapies for the treatment of BD patients.