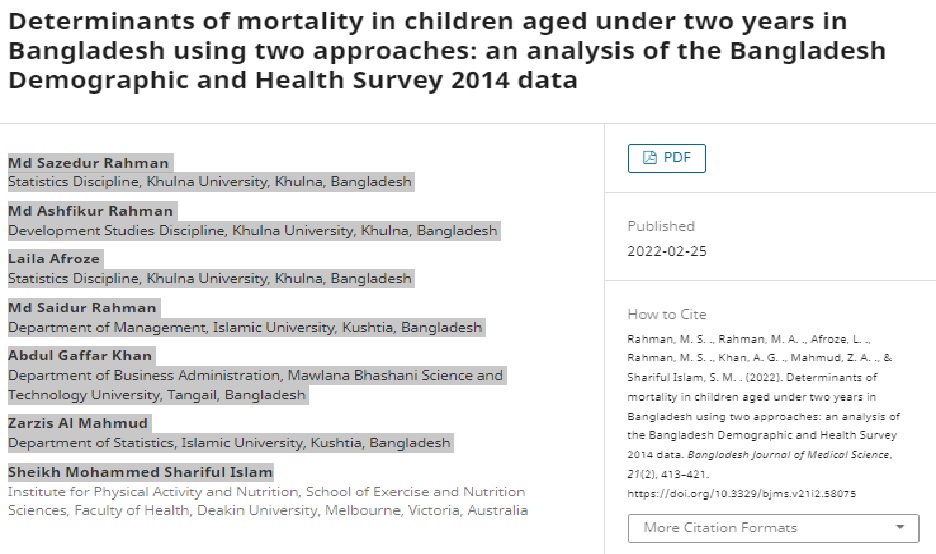 Determinants of mortality in children aged under two years in Bangladesh using two approaches: an analysis of the Bangladesh Demographic and Health Survey 2014 data

Methods: Data were analyzed using the Bangladesh Demographic and Health Survey 2014. A total of 7886 participant data used in this study. The chi-square test of association was performed with dependent and independent variables to measure the prevalence rate, while the final model binary logistic and log-binomial regressions were used to identify the potential risk factors for under-two mortalities.

Results: The prevalence of under-2 mortalities in Bangladesh was 3.9%. Regression analysis revealed that a lower level of paternal education, succeeding birth interval less than 24 months, multiple birth babies, and smaller than the average size at birth were significantly associated with children’s mortality under two years in Bangladesh.