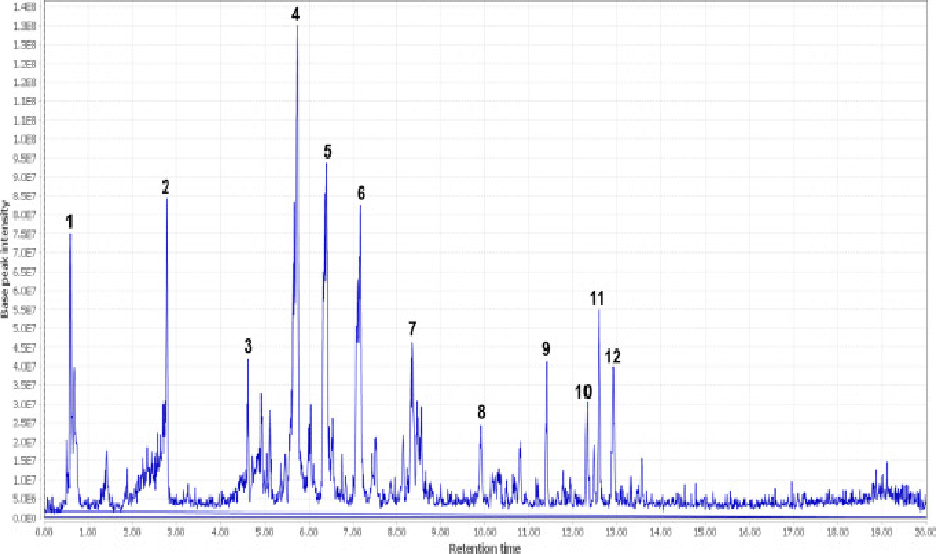 Morinda angustifolia Roxb. is used to treat jaundice in the indigenous system of medicine in Bangladesh. The objective of the present study was to assess the hepatoprotective potential and in silico-based identification of the active constituents of M. angustifolia bark extract. In vivo hepatoprotective activity was evaluated in CCl4-induced hepatotoxicity in rats. The secondary metabolite content of the extract was identified by ultra-performance liquid chromatography coupled with a quadrupole orbitrap mass spectrometer (UHPLC-Q/Orbitrap/MS). Furthermore, UHPLC-Q/Orbitrap/MS identified compounds of the extract were assessed for their effect on liver-protective enzymes, namely superoxide dismutase, catalase, and peroxidase, using an in-silico study. The extract revealed significant (p<0.05) in vivo hepatoprotective potential evident from the change in the levels of liver biomarker enzymes ALT, AST, and ALP. The flavonoids cosmosiin, wogonin, and baicalein are among the seven compounds identified by the LC-MS analysis of the extract. A molecular docking study of LC-MS identified compounds confirmed the therapeutic potential in free radical-induced hepatotoxicity, with good binding affinities (-6.0 to -10.4 Kcal/mol) and interaction patterns. Furthermore, in Molecular Mechanics Poisson-Boltzmann Surface Area (MM-PBSA), wogonin revealed the best stable complex in catalase, with a binding energy of 104.091 KJ/mol. In contrast, digoxigenin formed the supreme stable complex in peroxidase (35.277 KJ/mol) and superoxide dismutase (27.505 KJ/mol). Both experimental and computational studies supported the folkloric use of M. angustifolia in hepatic disorders. Besides, the in silico study indicates a possible role of baicalein, digoxigenin, and wogonin in amelioration of oxidative damage of the liver