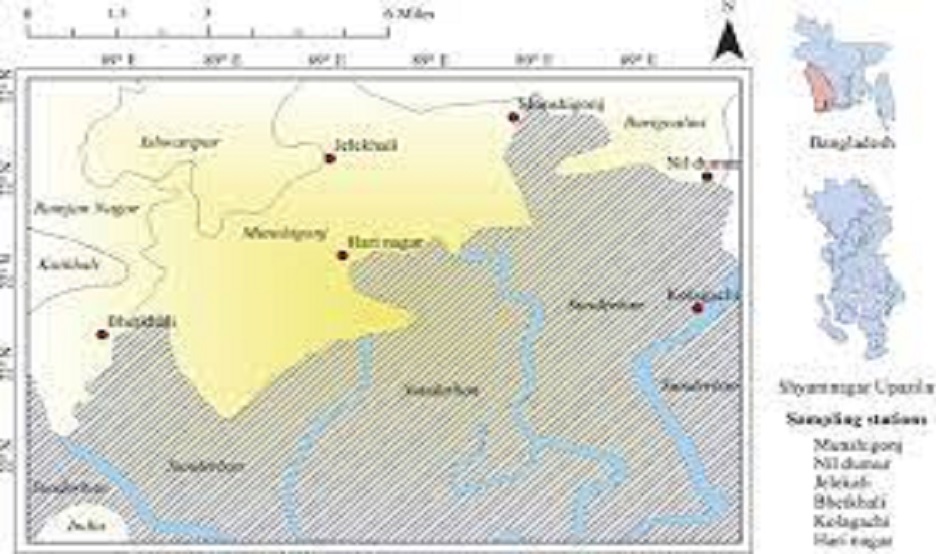 Population parameters of orange mud crab (Scylla olivacea) were estimated, aiming to determine sex ratios, carapace width-body weight (CW-BW) relationships, asymptotic width (CW∝), growth coefficient (K), mortality (Z, M, and F), recruitment and level of exploitation (E) in the Sundarban mangrove forest, located in the south-western part of Bangladesh. Year-round samples were collected using hook-lines and baited traps, the population parameters were measured from CW frequency data using FiSAT-II analyzer. The study showed that the overall male and female sex ratio was 1:0.66, revealing a male domination in the study area. The CW-BW relationship indicated that the increment rate in the BW of the male crabs (b = 3.06, R2 = 0.98) were higher than that of female (b = 2.62; R2 = 0.98) S. olivacea. The b value differed significantly (P < 0.006) from isometric growth (b = 3) where males exhibited positive and females exhibited negative growth allometry. Estimated CW∝ for male and female were 164 mm and 152 mm along with K values 0.90 yr−1 and 0.76 yr−1, respectively. Total mortality (Z) was 2.67 yr−1 and 1.57 yr−1, natural mortality (M) was 0.98 yr−1 and 0.90 yr−1 and fishing mortality (F) was 1.69 yr−1 and 0.67 yr−1 for male and female, accordingly. Recruitment of both sexes exhibited a bimodal recruitment pattern where young population occurs continuously throughout the year and a major peak of recruitment for males was observed from November to January and for female it was from February to April. The estimated exploitation rate (E) for male (0.63) was higher than the female (0.43) where the E for male exceeded the maximum permissible limit (E = 0.50). A remarkable range of fishing pressure at lower size classes was revealed in this study and thus framing minimum legal size is crucial for effective management of the population.