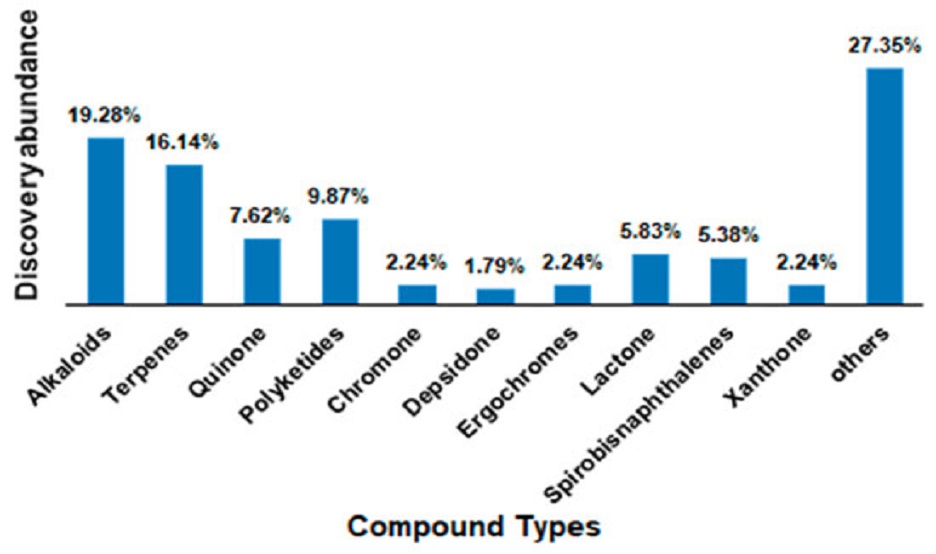 Endophytic fungi are microorganisms that exist almost ubiquitously inside the various tissues of living plants where they act as an important reservoir of diverse bioactive compounds. Recently, endophytic fungi have drawn tremendous attention from researchers; their isolation, culture, purification, and characterization have revealed the presence of around 200 important and diverse compounds including anticancer agents, antibiotics, antifungals, antivirals, immunosuppressants, and antimycotics. Many of these anticancer compounds, such as paclitaxel, camptothecin, vinblastine, vincristine, podophyllotoxin, and their derivatives, are currently being used clinically for the treatment of various cancers (e.g., ovarian, breast, prostate, lung cancers, and leukemias). By increasing the yield of specific compounds with genetic engineering and other biotechnologies, endophytic fungi could be a promising, prolific source of anticancer drugs. In the future, compounds derived from endophytic fungi could increase treatment availability and cost effectiveness. This comprehensive review includes the putative anticancer compounds from plant-derived endophytic fungi discovered from 1990 to 2020 with their source endophytic fungi and host plants as well as their antitumor activity against various cell lines.