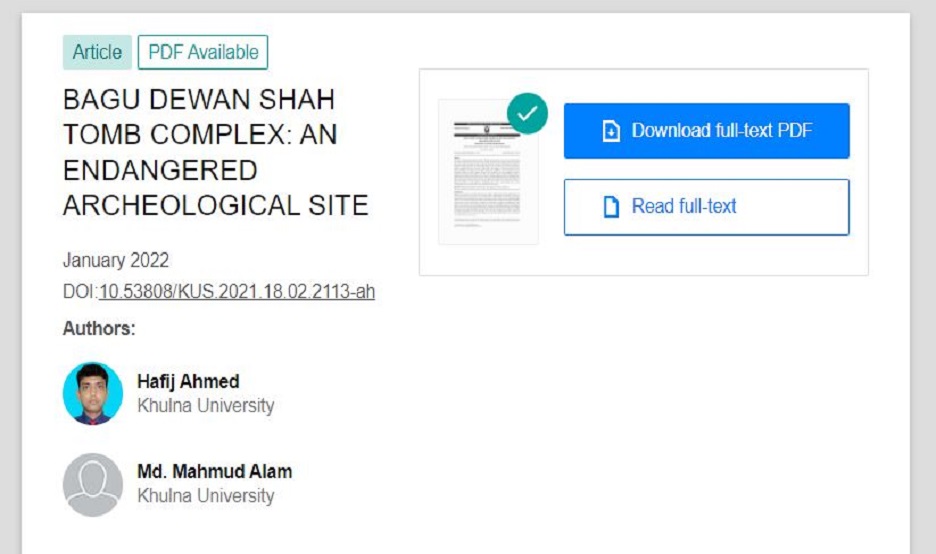 The trend of preaching and spreading of Islam in Bengal has been going on since the past mainly through those persons who are known in our society as Oli, Sufi, Pir-Darvesh, Gaus, and Qutb. They have played a pioneer role to bring the equality and peace of Islam in this region, encouraged by the greatness of Sufism. By applying the liberal, tolerant and non-sectarian Sufi ideology in the true sense, many renowned scholars have created an exceptional history in the land of Bengal and a large number of historical monuments (Pond, Mosque, Madrasha, and Tomb) were later built around their established Astana and khankas. All these monuments together are called complex. However, these complexes have been established sometimes centering on the mosque and sometimes on the tomb. Among these complexes are Bagha Mosque complex in Rajshahi district, Shah Neyamat Ullah tomb complex in Chapainawabganj district and Vellabariya Bagu Dewan Shah tomb complex in Natore district etc. are remarkable. The Bagu Dewan Shah tomb complex has fallen into disrepair today behind the scenes. The main object of this article is to expose the life and works of Bagu Dewan Shah, to make public the architectural styles of the tomb complex and to make recommendations for the preservation of the monuments from destruction.