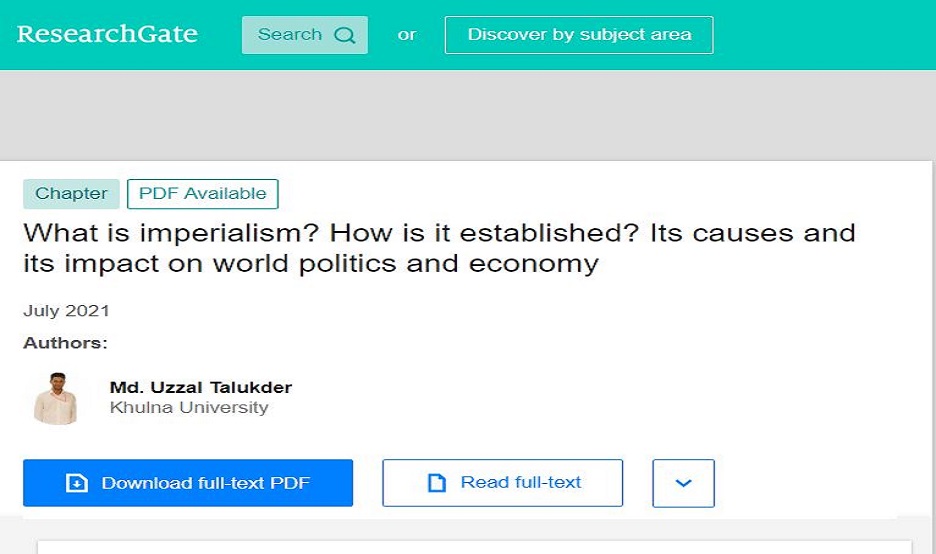 What is imperialism? How is it established? Its causes and its impact on world politics and economy