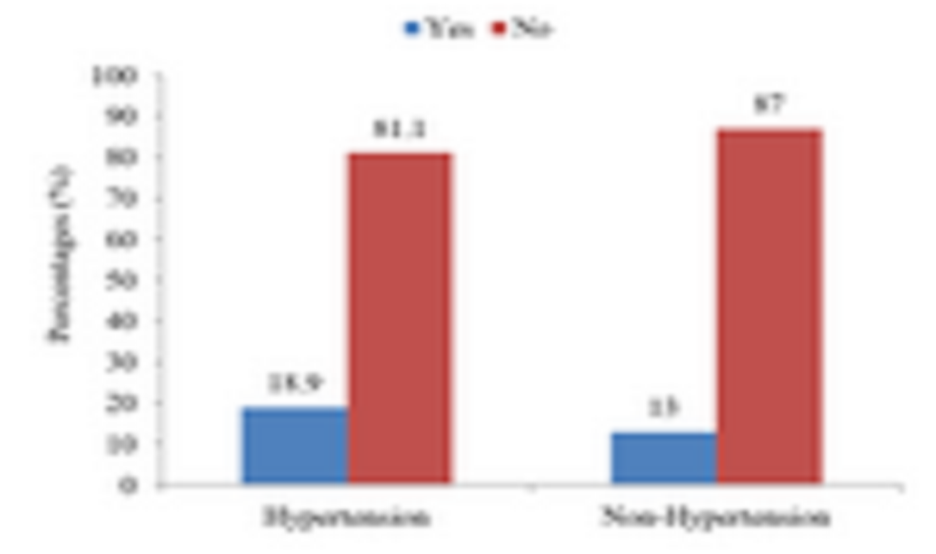 Investigate the Effect of Diabetes on Hypertension based on Bangladesh Demography and Health Survey, 2017-18