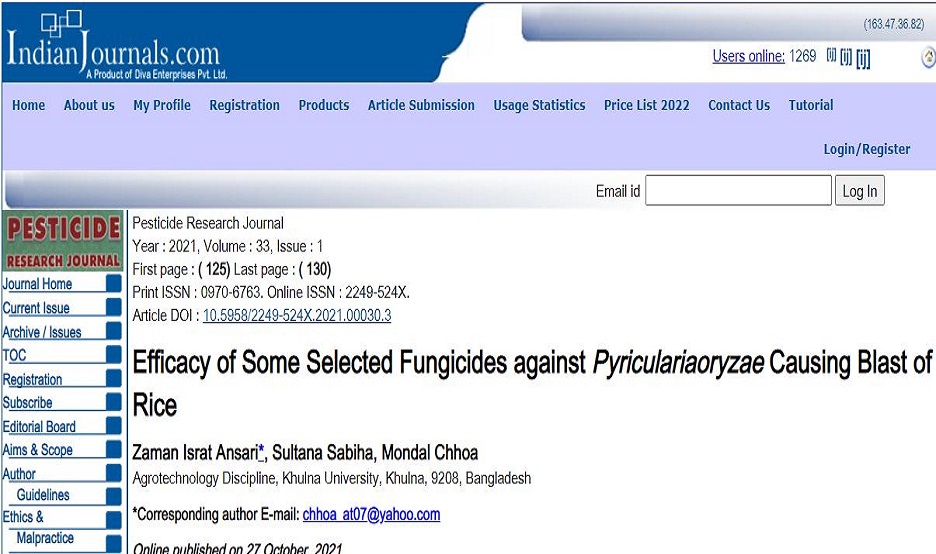 Efficacy of Some Selected Fungicides against Pyricularia oryzae Causing Blast of Rice.

Relative performance of fungicides namely tebuconazole+ trifloxystrobin, mancozeb, carbendazim, propiconazole + difenoconazole and pyraclostrobin + metiram in controling Pyricularia oryzae Sace. is reported. All the fungicides were effective in controlling radial mycelial growth of P. oryzae as compared to the control. Tebuconazole+trifloxystrobin and propiconazole+difenoconazole were the most effective and caused 100 per cent inhibition. The efficiency of carbendazim, pyraclostrobin + metiram (except at 7 d of incubation) showed no significant difference in radial mycelial growth and inhibition percentages at all the concentrations. Regression analysis revealed increase in more than 92 and 69 per cent of mycelial growth inhibition with an increase in concentration of mancozeb and carbendazim. It was concluded that tebuconazole+trifloxystrobin and propiconazole+difenoconazole could be used to control rice blast.