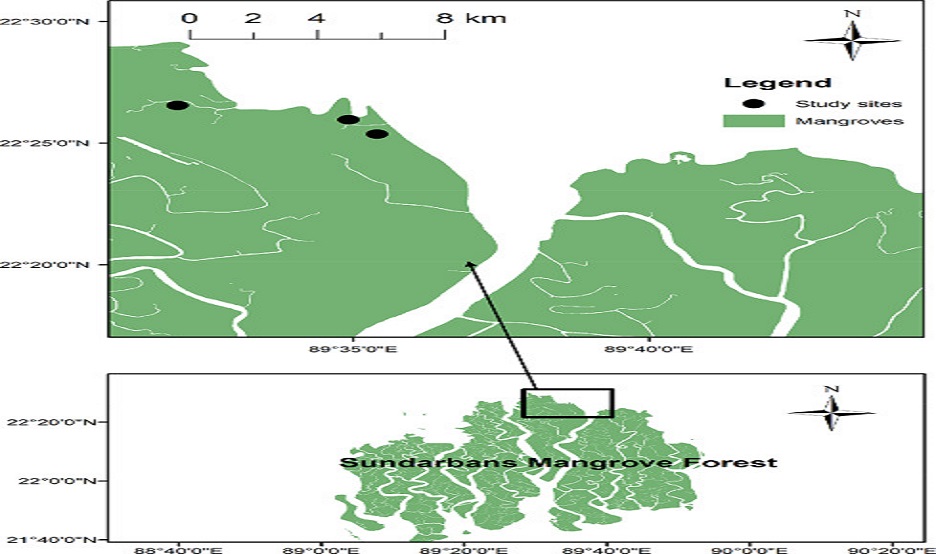 Bangladesh has the single largest mangrove forest in the world, which is under threat from catastrophic disturbance and anthropogenic pressure. The study investigated monthly reproductive litterfall and correlated with climatic factors from March 2016 to February 2018. We applied circular statistics to detect seasonal trends of reproductive litterfall of Heritiera fomes, Xylocarpus mekongensis and Bruguiera sexangula in the Sundarbans. Although flower and fruit fall of H. fomes and X. mekongensis occurred for a specific period. But B. sexangula continued throughout the year. Flower fall of all three species peaked during March. Fruit fall of H. fomes, and X. mekongensis peaked during July and August respectively and the propagule fall of B. sexangula peaked during July. The highest proportion of flower fall was recorded in B. sexangula (2.13 ± 0.29 Mg ha−1year−1) followed by X. mekongensis (1.23 ± 0.07 Mg ha−1year−1) and H. fomes (1.06 ± 0.09 Mg ha−1year−1). But the highest fruit fall was recorded in H. fomes followed by X. mekongensis and B. sexangula. Annual flower and fruit fall were significantly different (p < 0.05) among the species. Mature fruit falls of the studied species were significantly correlated with temperature, rainfall and relative humidity but flower and immature fruit falls were significantly correlated with temperature, maximum wind speed and day length rather than tree size and biomass production.