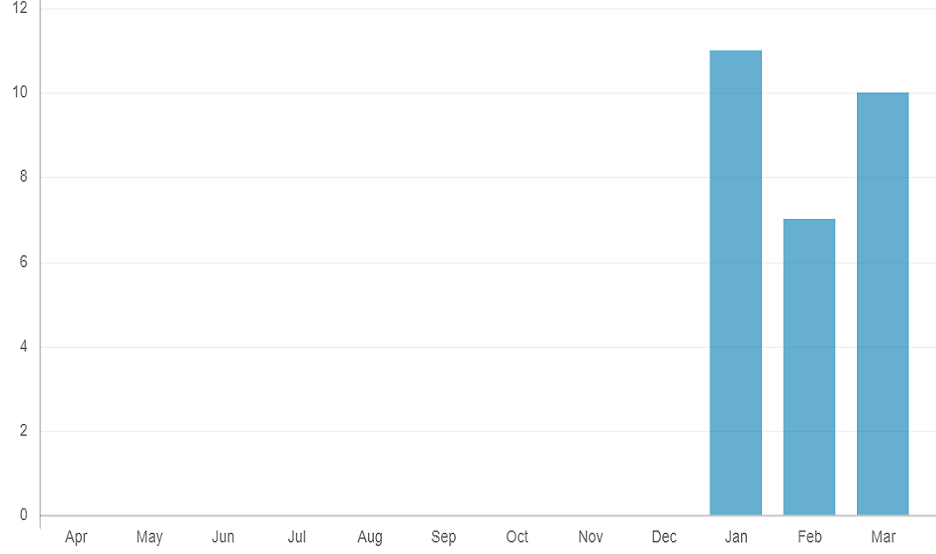 The floristic composition, species diversity and structural characteristics of woody species in National Park range under Tangail North Forest Division, were investigated based on bit-wise classification. There were five bits in the range. We recorded 18 families, 21 genera, 21 species and 500 woody individuals from the study area (0.5 ha). Fabaceae was the most species rich family and each genus was represented by a single species. Sal (Shorea robusta C.F. Gaertn) was the most dominant species in terms of its highest and tremendously high importance values IV% in the total area and all bits, respectively. More than 40% species had very low IV%, indicating their disappearance or may not be strongly associated with Sal. These species need appropriate management to prevent their disappearance or extinction from the forest area. The values of Shannon′s index H′ and Pielou′s index J ′ (evenness) for the study area were 2.01 and 0.45, respectively. These values show low species diversity as compared to other forests in Bangladesh. Among the bits, the values of H′ and J′ were more or less similar with low index values (from 1.34 to 1.74 and from 0.44 to 0.65, respectively) which may be due to similar species composition with low similarity index values (0.24 t0 0.48). The structural characteristics of woody species diversity showed that the highest species diversity was observed at 5 cm< D ≤10 cm diameter class. In addition, the mean height and basal area of woody species increased with increasing dbh. A few numbers of small trees habitat in the study sites, because the Sal forests in the study area are considered to face a severe threat to their existence due to high anthropogenic disturbances occurred inside and outside the boundary.