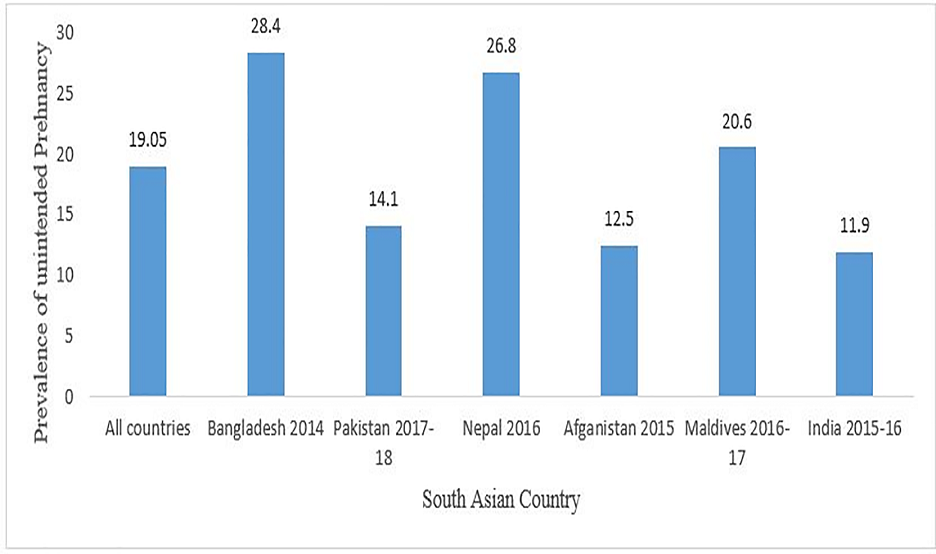 Methods: Nationwide latest demography and health survey data from six South Asian countries, including Bangladesh (2014), Pakistan (2017-2018), Nepal (2016), Afghanistan (2015), Maldives (2016-2017) and India (2015-2016) were pooled for the present study. Multivariate analysis was performed to explore the association between unintended pregnancy and its associated factors.

Conclusions: This study has showed that women's age, wealth index, place of residence, number of children, family size, the intention of contraceptive use, living with a partner, and first cohabitation age are essential determinants of unintended pregnancy. These factors should be considered when trying to reduce unintended pregnancy in six South Asian countries. However, there is a need to improve health education, counselling, skills-building, sex education, modern contraceptive use and its access in this region. Intervention programs regarding reproductive health and policies are warranted to reduce rates of unintended pregnancy in South Asian countries.