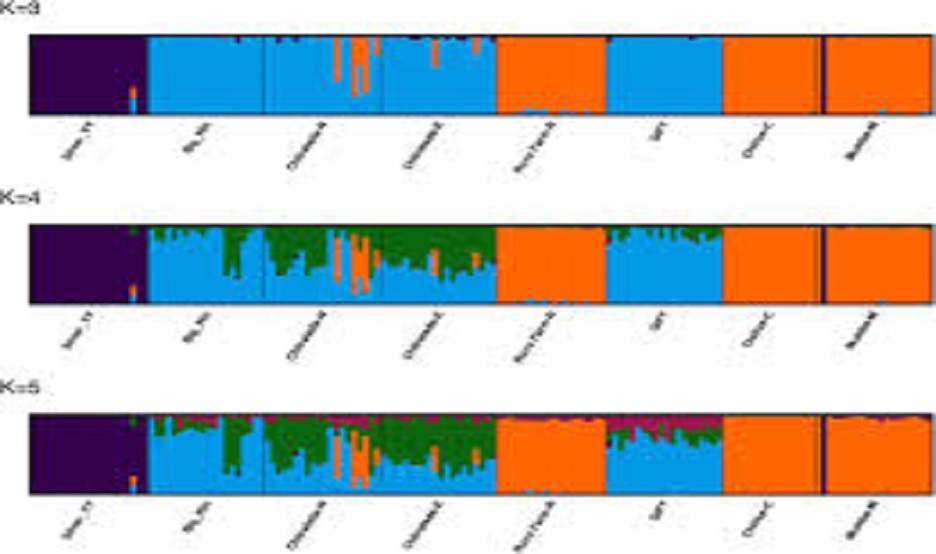 Tilapia (Oreochromis niloticus) is one of the most promising aquaculture species in Bangladesh, the culture of which is mostly dependent on the supply of hatchery-produced seed. Published information on genetic monitoring and genetic variability of the hatchery-reared tilapia population is rare in Bangladesh. Therefore, intra- and inter-population genetic variations were estimated among the five mono-sex tilapia populations collected from the matchday-kanon, khan, nancy, city, and brac hatcheries located at different districts in Bangladesh. Random amplified polymorphic DNA (RAPD) markers were amplified from tilapia’s muscle DNA of each of the five populations using ten decamer random primers. The primers produced a total of 181 scorable bands of which 64.1% were found to be polymorphic ranged in molecular size from approximately 100bp to 2000bp. The brac population obtained the highest genetic variability (51%) of overall polymorphic loci and the lower index was estimated (55-62%) in that population with the four others in pair-wise similarity comparison. Moreover, a common pattern of distinctive genetic variation was observed in the brac hatchery population when the genetic differentiation (FST), gene flow (Nm) and genetic distance (D) had been analyzed. The distinctiveness was also supported from the unweighted pair group method of arithmetic mean (UPGMA) dendrogram analysis where the five populations aligned into two clusters- the brac alone belonged to one and the rest of the four grouped into another. Our overall findings reveal that a low level of genetic variation exists in the current tilapia populations of Bangladesh except in the brac hatchery population where broodstock is known to be well managed. This low level of genetic variation of the tilapia hatchery population will have a seriously detrimental effect on this species and its overall production if the genetic quality is not maintained.